This week find out who gets Jerry's heart beating. My love is clear for Late of the Pier 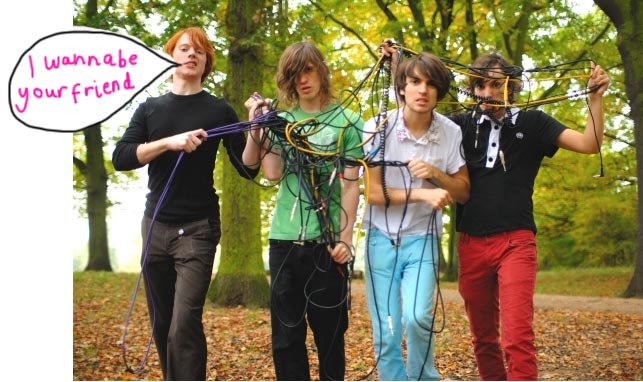 I would have devoted this entire blog to Late of the Pier if I could. Late of the Pier are not just a band, they are a way of life and if multiple weddings were allowed I would happily marry all four of them in a dash. I first discovered these Castle Donington lads at a gig in Nottingham where I told sample basher Potter that I was in love with his trousers; I haven't looked back since. If you're yet to hear any of the songs on their debut album Fantasy Black Channel then where have you been all your life? Each song is complimented with an equally amazing video, my favouirte being The Bears are Coming directed by Saam, you gotta see it to believe it. I'd never say no to Peter Jones 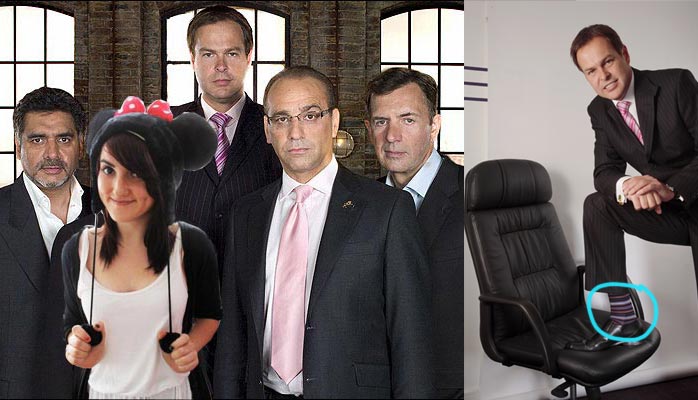 As a fellow marketer I consider Dragons Den as one of the best programmes on TV, in fact it is my life ambition to be on the expert panel (bye bye Deborah!) Now I love nothing better than squirming over awkward speeches or the anticipation of whether the Dragons are all going to be 'in'. But there is one thing that keeps me tuning in each series and he comes in the form of chief Dragon Peter Jones. I can't quite pinpoint what it is I like about Peter. Maybe it is the way he has the ultimate power despite being the youngest (he is only 42 making him over a decade younger than his fellow dragons). Maybe it's his unbelievable height - he is a whopping 6"7. Or perhaps it's something to do with those amazing striped socks? Either way I can't get enough, sorry Mum I know you don't approve of this one. Marry me Jeremy

I do like Robert Webb but I REALLY like him as his character Jez in Peep Show. Jez is the sort of guy that every man wishes they were. He maybe unemployed and not 'typically' good looking but still manages to make everyone think he is super cool and pulls the hottest girls. Any man with blagging skills like that is the one for me. I can't get enough of him, it's Tiger Tim!

Tim Henman might be the housewives favourite but when he gets on the court he unleashes a whole new side to him that I simply can't resist - the TIGER. I have selected some of my fave Timmy tennis moments above, grrrrr!Â  I am not big on sport but there is one thing I do get excited about and that's Wimbledon. Or at least I did until Tim decided it wasn't for him anymore (as did the rest of the nation). Well you're all mad, tennis just isn't the same without him and let's face it, Murray Mound doesn't have the same ring to it as Henman Hill does it? I am your biggest fan, Ju-lian.

As a band, The Strokes have A LOT to answer for. Before they came along I was happy swooning over grungy skaters but after laying eyes on their rugged model looks, long locks and double denim combos aged 15, I am still a total sucker for scruffy arrogant band boys. And how could anyone say no to the huge puppy dog eyes and husky voice of lead singer Julian Casablancas? My friend had the photo of him smoking above on her history folder and it certainly made a healthy distraction to learning about Stalin. Luckily for me Julian has just done a come back single, 11th Dimension, proof that he certainly hasn't lost it. So if anyone wants to play Cilla and set me up with any of these handsome chaps (even though I believe most of them are married) then please do. Come back next week to find out who Gemma day dreams about while designing. x