Photos by: Sam Hiscox Words by: Jerry No one likes a good party like us oaf girls, our 10th anniversary T-shirt Come Classy, Leave Trashy says it all really. So it is no wonder that we all got a little bit excited about celebrating our brands birthday last Thursday. Thankfully many of you joined us before we had a chance to break out the karaoke or start having crisp fights.

Steph was quick to make her mark on a delicious Creighton's Chocolaterie burger. I am yet to find out whether she ate the whole thing but I think I know the answer. 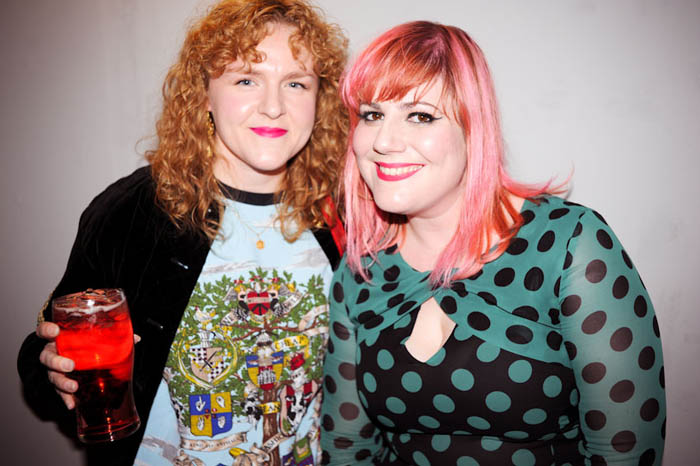 Gemma and her DJ buddy and best pal Sarah look freshed faced after their pop-packed set. I don't think I managed to get Bloodhound Gang's Bad Touch out of my head for the rest of the night. 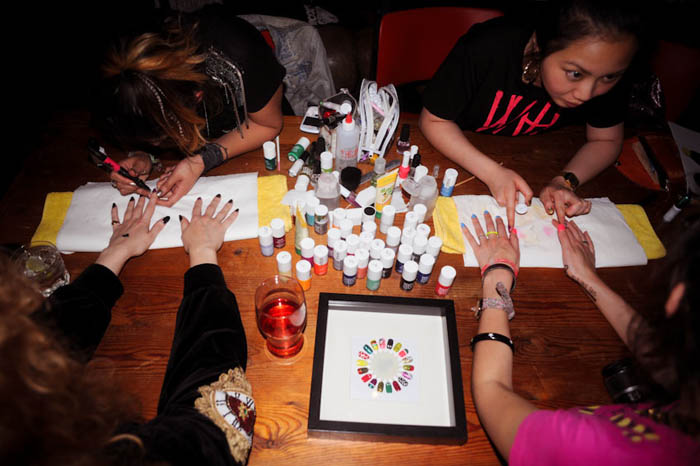 We have always been impressed with WAH Nails designs but these ones simply blew our minds. The technician girls were in great demand but a lucky few of you got your own set of 10th birthday nails. Get a closer look at the designs by Jeanette Vuong on our Tumblr. 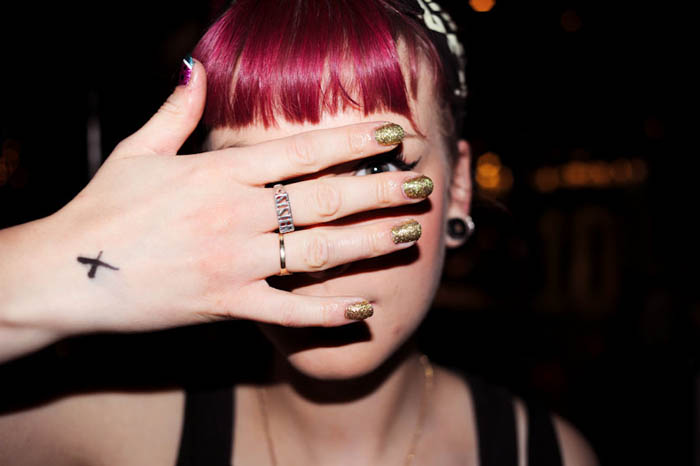 Suzi got a glittered watermelon thumb to match her hot pink hair. 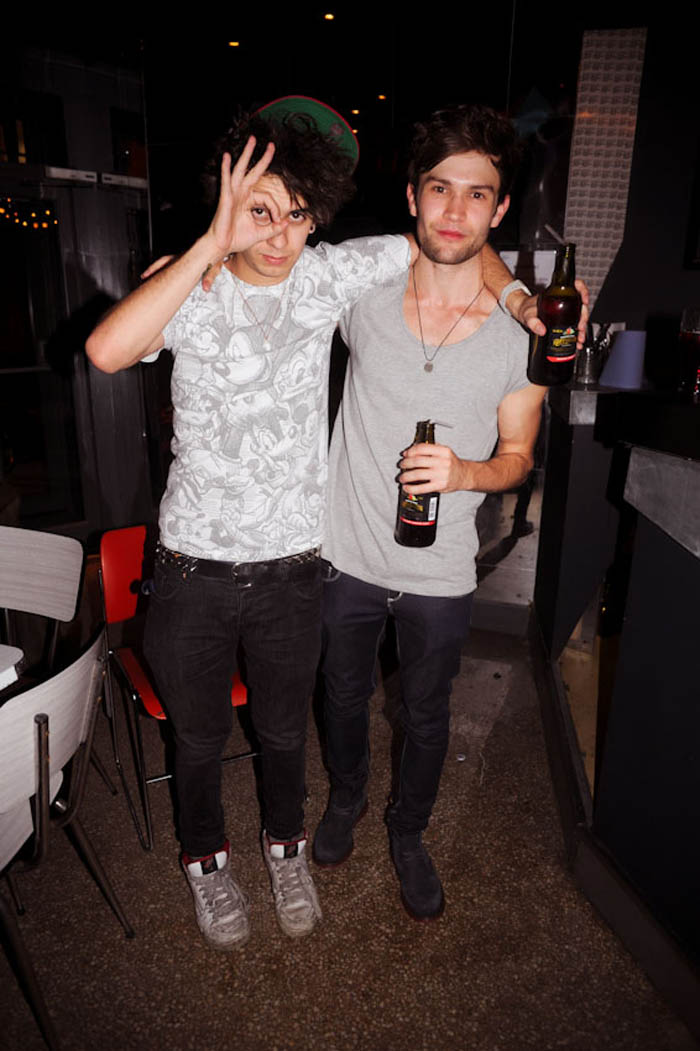 We had a whole lot of fun catching up with Stefan and Ashley from The Midnight Beast who got in on the Kopparberg action. 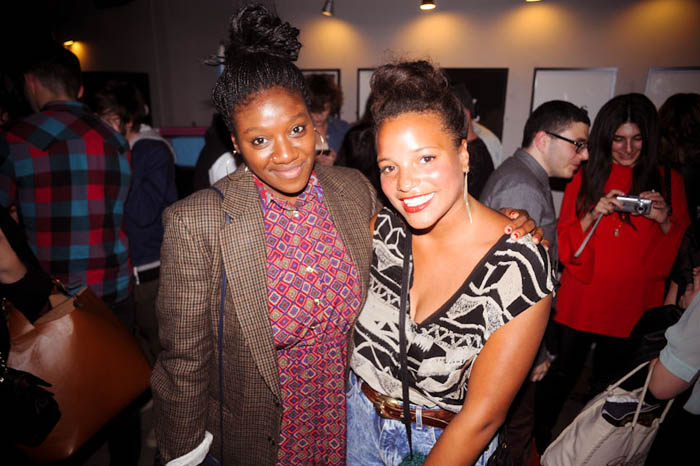 Our friend Yero came along with Skins actress from Series 5 Laya Lewis which was an exciting treat. 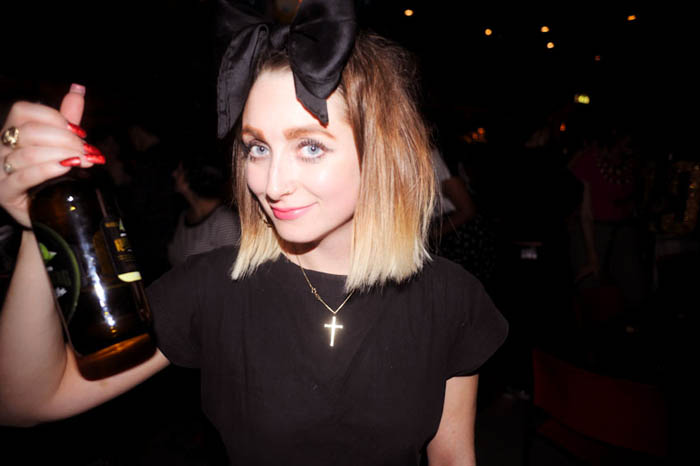 Alex gleamed in her gold cross and glittered nails. 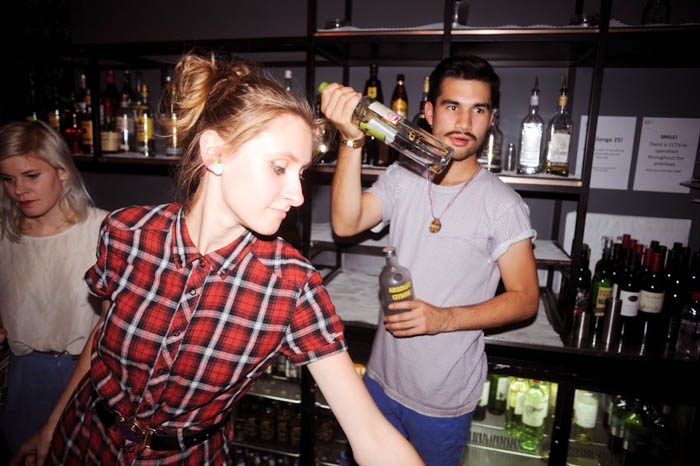 We treated guests to a selection of Absolut Vodka in the tempting flavours of pear and mango. The mango with apple juice variety was a particular hit. 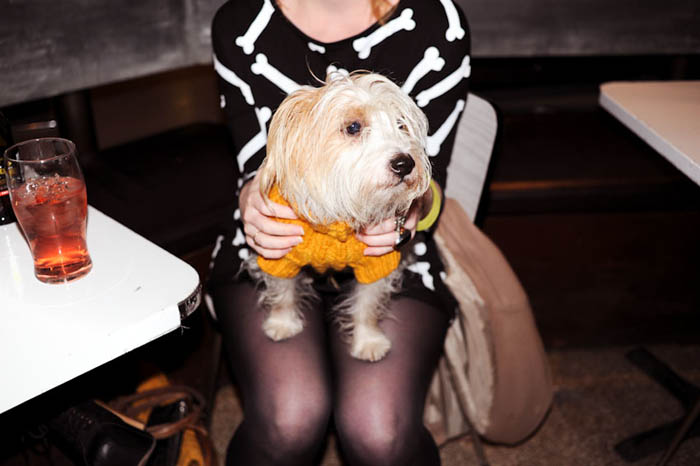 It definitely felt like we were living the dream when Rabbit from Love My Dog arrived in his very own knitted jumper. But don't worry, it was only a fleeting visit before it got to busy and loud for his little self. 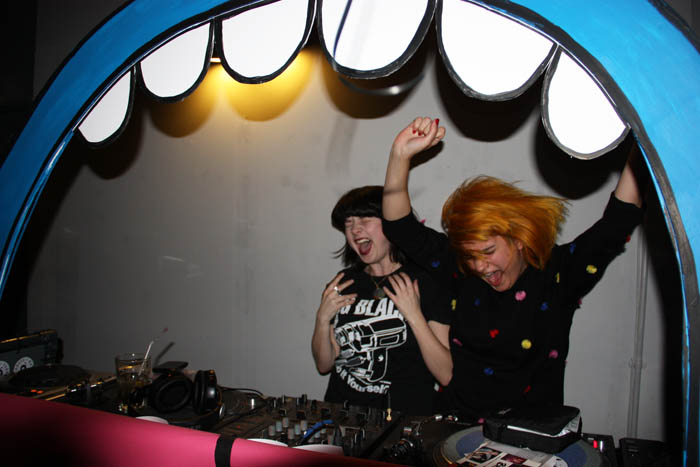 My favourite set of the night was by Clare and Camille from Throwing Up who wowed us with plenty of 90's classics. The girls new single Mother Knows Best comes out at the end of this month so be sure to check it out. This particular photo was taken by Katia Ganfield. 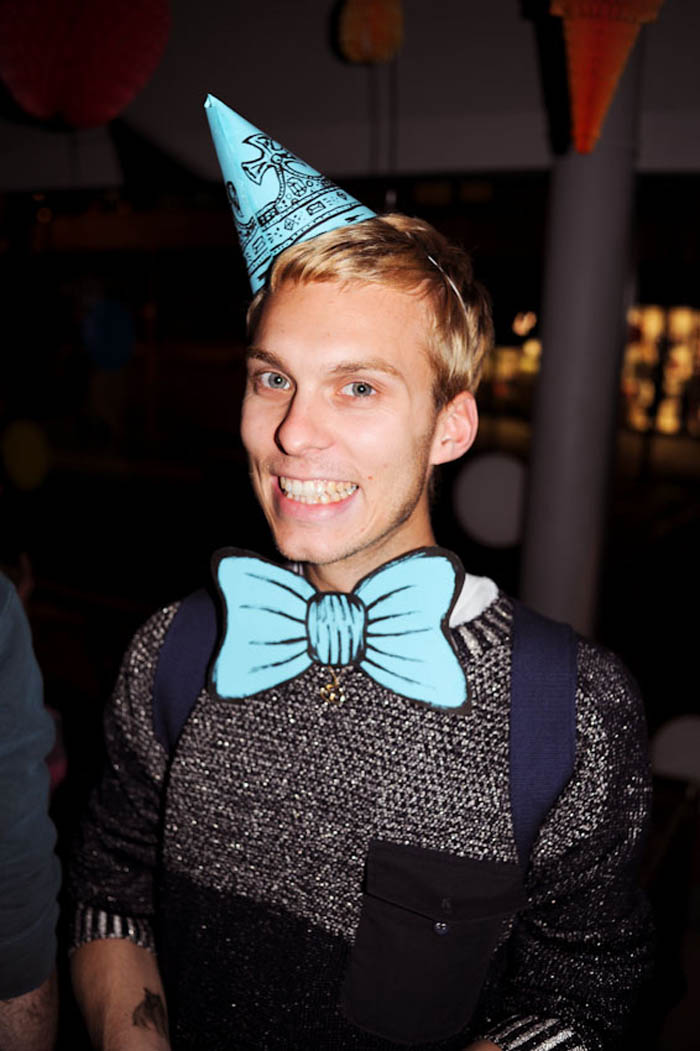 This chap looked like the utlimate boy in the oaf party accessories, also catch a glimpse of his doggy tatt. 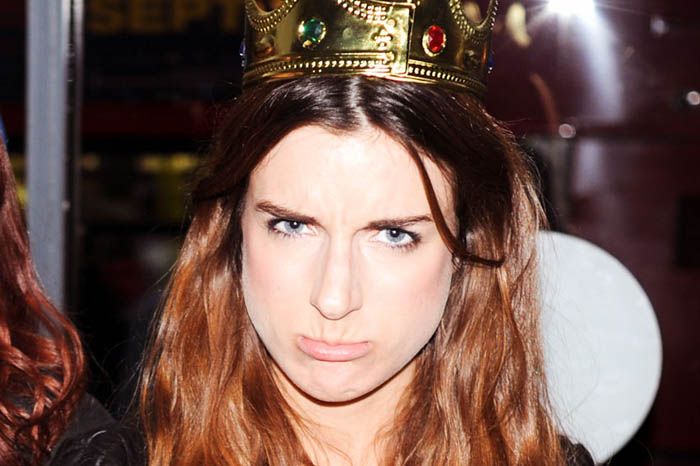 Our mate Lisa from Bliss Magazine doesn't seem to sure about her head wear choice but we're certainly sold. 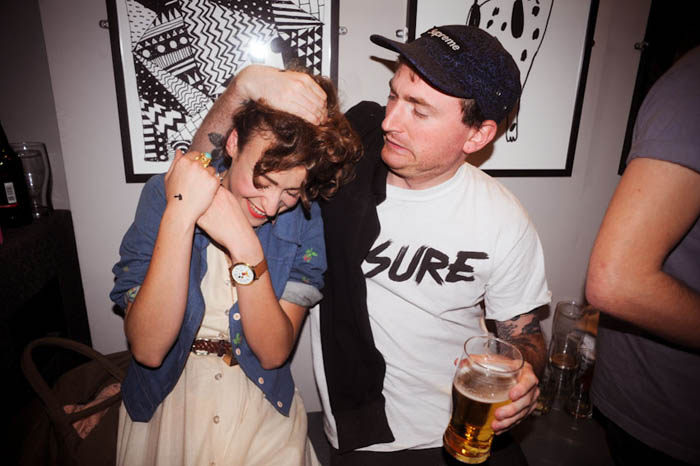 Miss Rosy Nicholas finds her hair getting mauled by Bob from Leisure while posing in front of our some of Gemma's handy work. 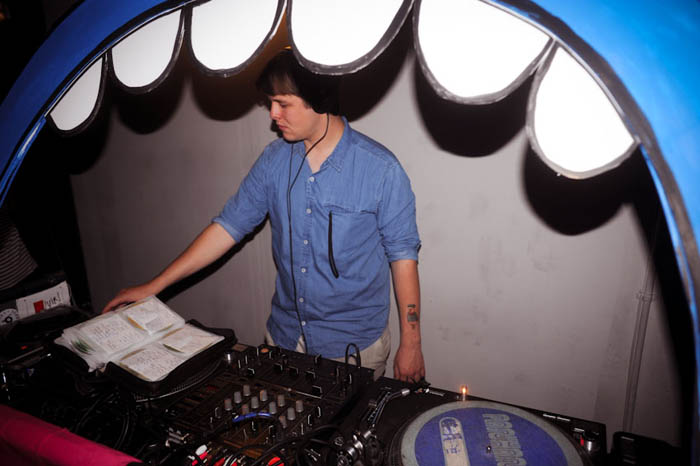 Photographer and DJ Ellis Scott filled the dance floor and ended the night on a hip hop high with his set. 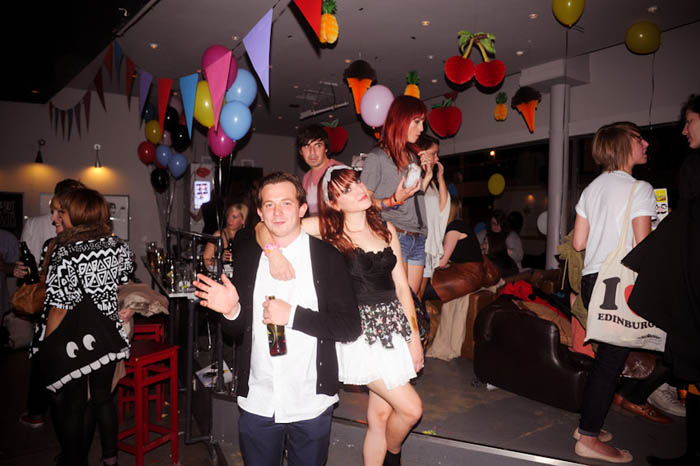 This is me using ben as a physical/emotional crutch. Spot the oaf in the background. 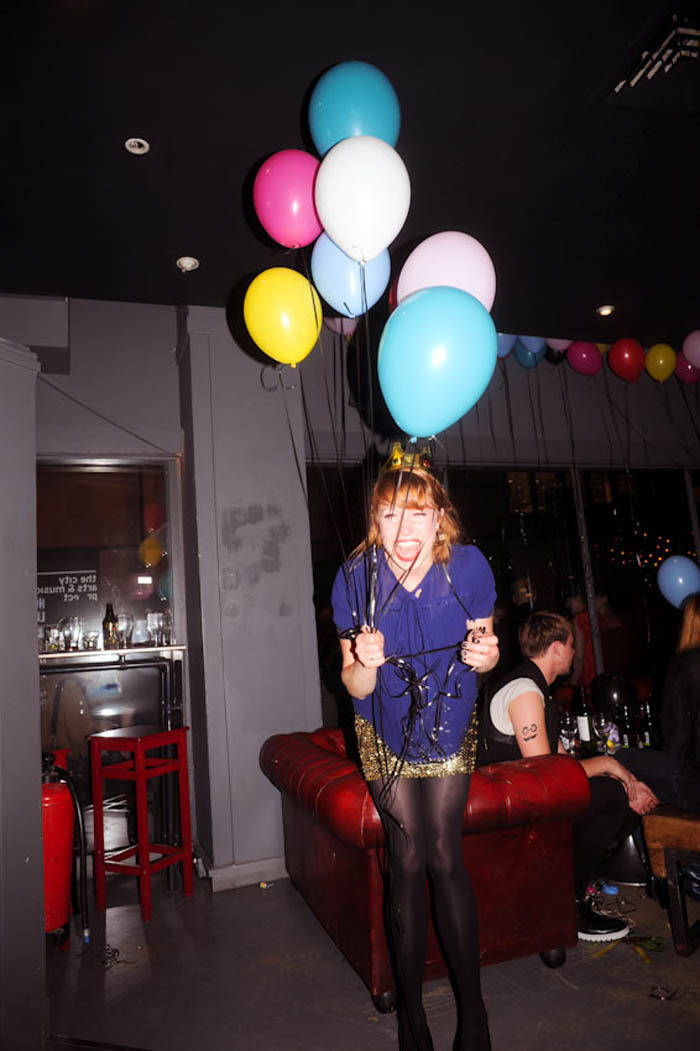 In a shiny crown and sequin skirt with a handful of balloons, Steph proves she really is the party queen. 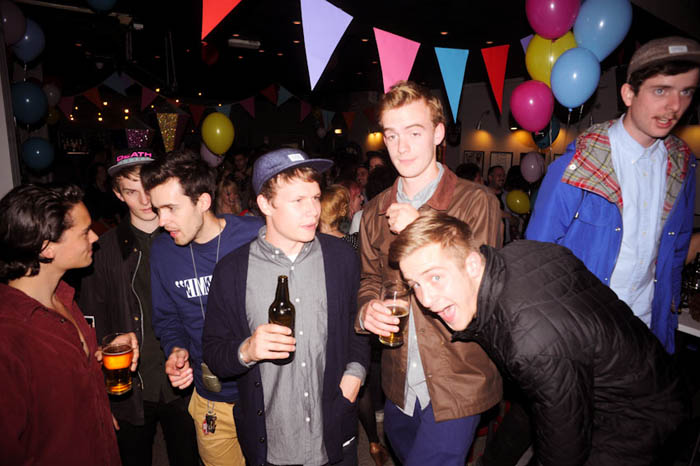 As the night went on, things went wild.... 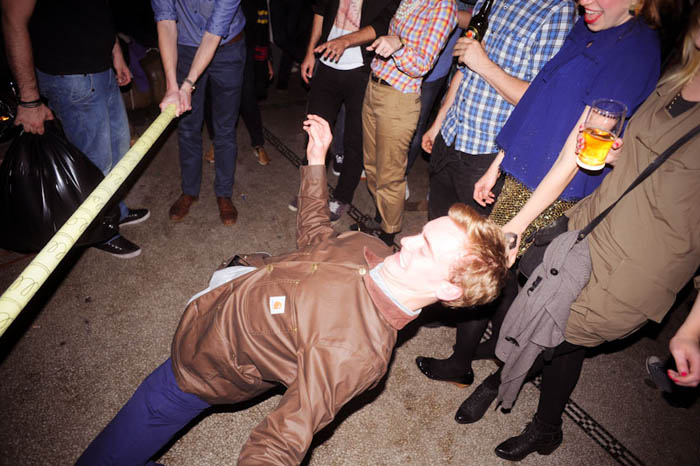 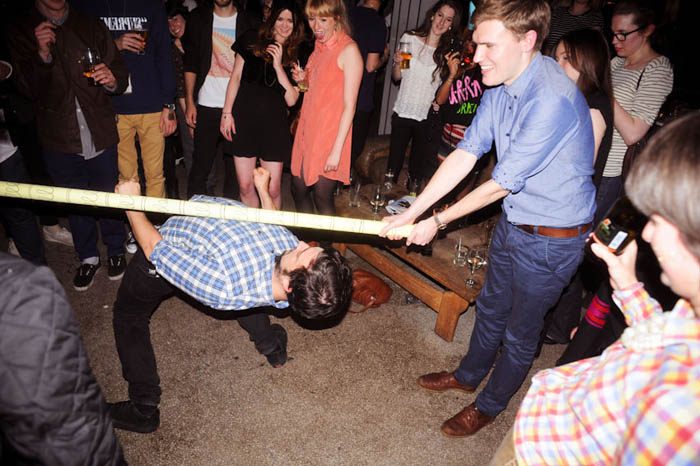 According to him, my brother Lewis won. The girl in the backgrounds face says it all. 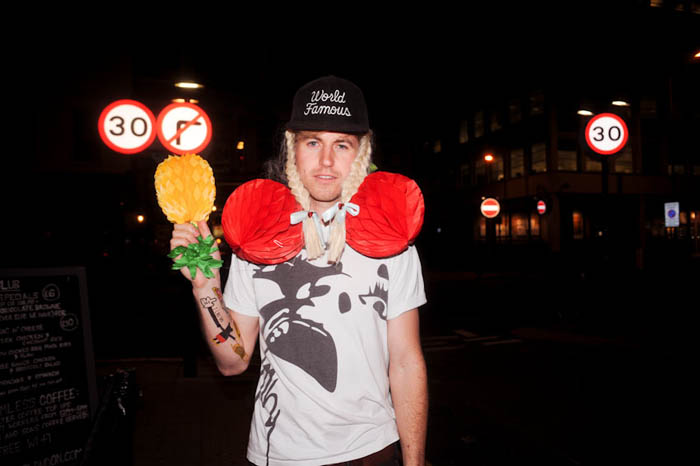 And as it got even later we took to decorating ourselves, well our photographer Sam did anyway. He's world famous. Thanks to all of you who came, we hope you all had as much fun as us and managed to still feel fresh on Friday morning, unlike some of us.