This season we're championing our favourite young taste makers, unafraid to push the envelope in their industry and look ace whilst doing it! Today's Cult Leader Nafisa Kaptownwala aka BOLLYHOOD is blazing a trail through London and the states with her unapologetic approach to model scouting. On a recent stroll through Brooklyn we turned the camera on the street caster ... Hey! So i'm the founder of Lorde Inc, weâre a street casting model agency with a big focus on diversity. Weâre named after the rad feminist Andre Lorde! We don't discriminate size, age, sexuality, gender or whatever else people are bringing to the table. We just look to cast models that are seldom represented in conventional fashion spaces. I felt like there wasn't a place for someone like me to participate in fashion, so I made one. I'm Canadian but a bit of a nomad. I've been all over the place lately, Montreal, New York, London, for a while I was just over North America. I wouldn't say I'm against fashion, that's not real, it's a statement in itself. Damn, I'm just a weird amalgamation of micro-identities, like most kids growing up in the 00âs. I often revert to my own experiences for inspo. Say my Indian identity, my family, what I grew up with on the North West Coast. Skate cultures really big out there, kids in khakis, puffy vests and practical wear. Whatever that looks like, that's what I'm into. I really dig how playful this Face Sweatshirt is, it's like quintessentially London to me, so fun and extreme! I love how it juxtaposes my dark personality and pessimistic outlook on life. Okay, just kidding...but like not really lol!  It's not cute but a typical morning for me involves answering emails and arranging test shoots. I have this anxiety that if I don't respond first thing it just won't happen. Often that means scouting for specific projects, messaging everyone I know hey do you know a girl that looks like this. Then I'll make a coffee and listen to R & B for a couple hours, and by R&B I mean Drake! Man I get so heated about his new EP If you're probably reading this its too late. I'm just really feeling how he's is holding it down for TO. Like he probably got a lot of shit in the past for being too soft and hailing from somewhere that isn't traditionally associated with hip hop. Rather than pretending like he's some bad boy from Atlanta or whatever, he's doing huge things for their music scene. No matter how hard the production on the track may be he always such a softie, running through the six with his woes! 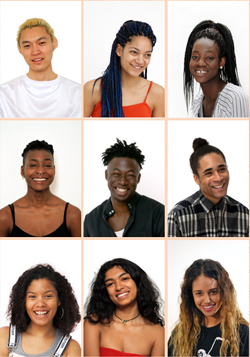 The Internets changed everything, lately I've been almost solely scouting from Instagram, and Tumblr. It's so much easier to tell if someone is camera confident online than in the street. I try to be as diverse as possible but naturally I have a bias for my own personal taste. That doesn't mean someone has to already look like an early 00's hip hop star, I can just see them transitioning seamlessly with some art direction. Supporting local artists is essential. If you wanna be conscious with your money, itâs important to put it in the right place. Peace, love and One Hundred Emoji ! 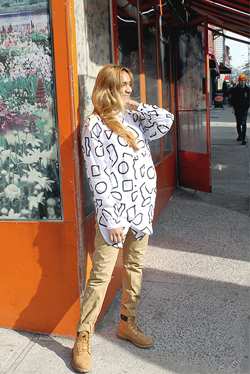 Check out the Lorde Inc portfolio, and previous work here, or follow B0LLYH00D's adventures in model casting over on Instagram.