Drawing Amongst Shoppers in Selfridges Posted 1st September 2010
Posted by: Jerry Last Saturday 28th August, The Lazy Oaf Drawing Club traveled to Oxford Street's Selfridges to bring you another installment of live drawing. Our very own designer Gemma Shiel teamed up with illustrating talents and brothers Richard and Chris Fairhead to fill their own 2m wall in drawings beyond your wildest dreams. 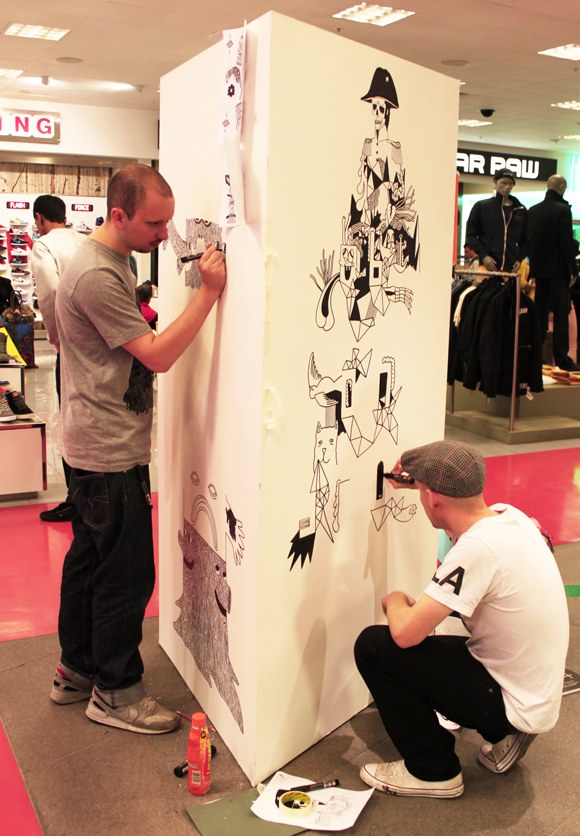 Here are Chris (left) and Richard (right) working on their doodles skills armed with plenty of black Poscas. 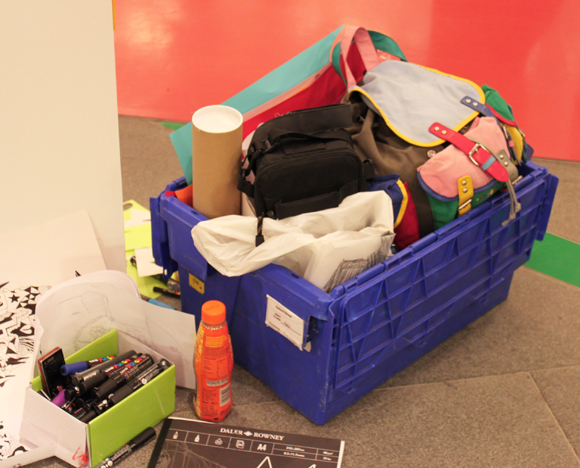 No Oaf art trip would be complete without one of our In the Mix Rucksacks packed full of all of our drawing neccessities. 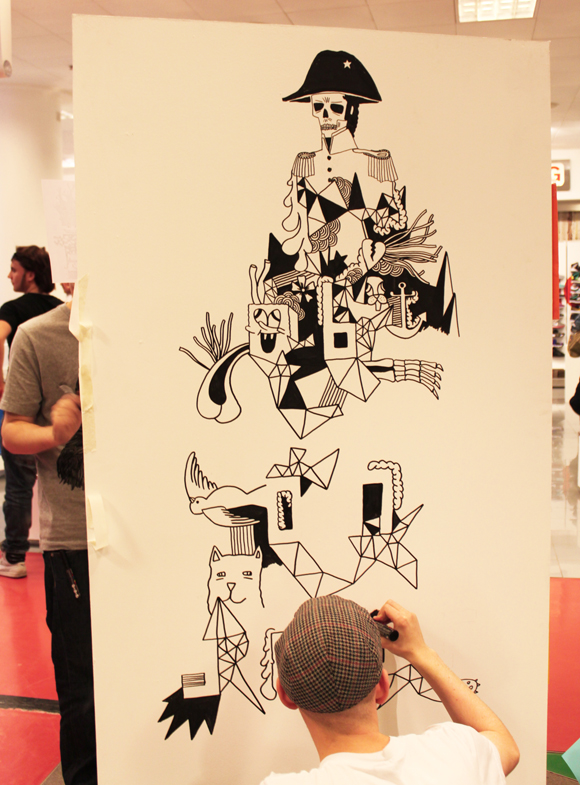 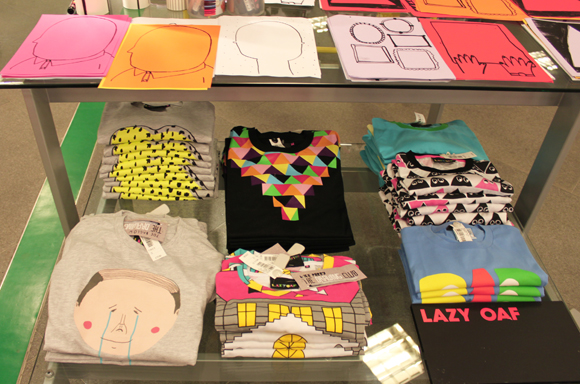 Alongside the live drawing, customers were able to get their hands on some of our best mens T-shirts available in Selfridges stores across the country. 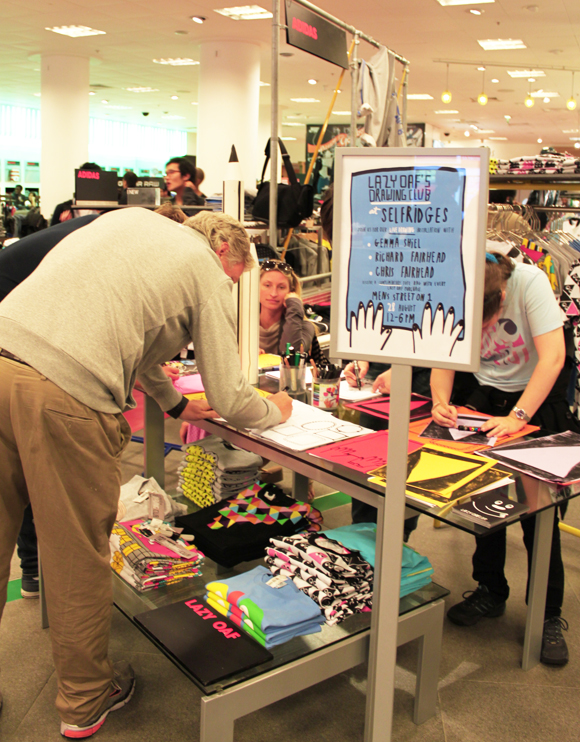 We also set up a table full of blank frames ready for you to fill with your own pieces of artwork and we had some excellent contributions. 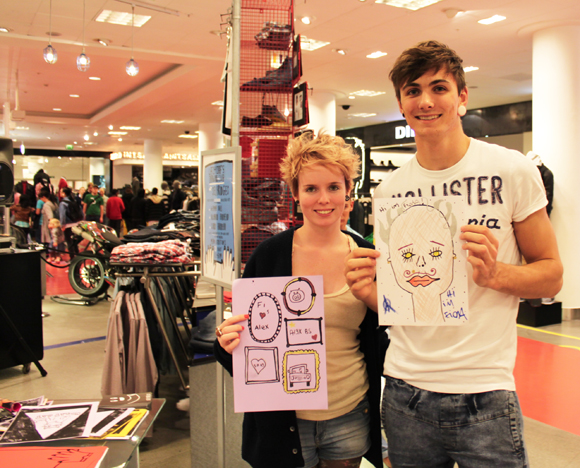 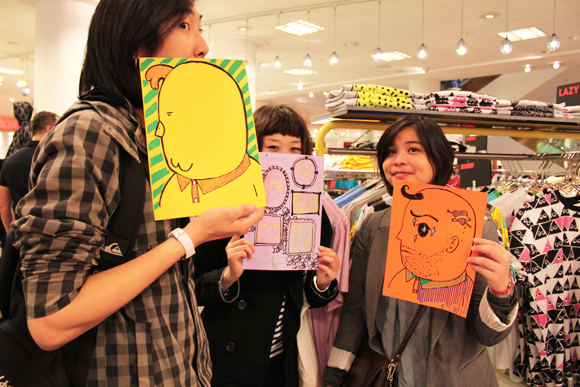 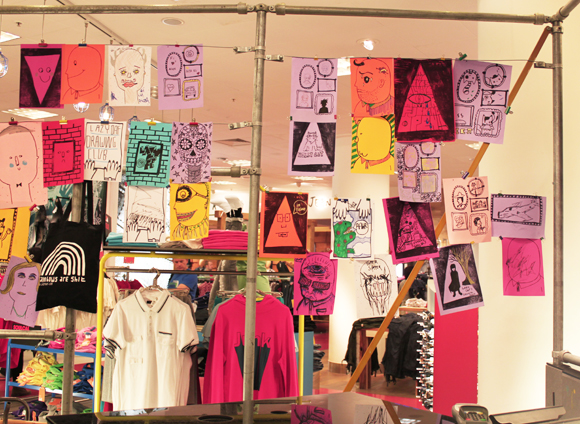 All of your doodles were displayed on the frame work of the mens till point for all to see! 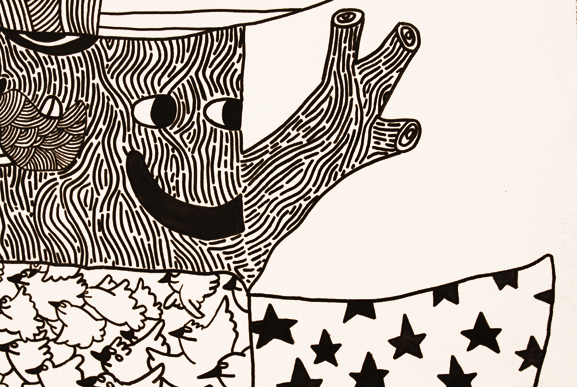 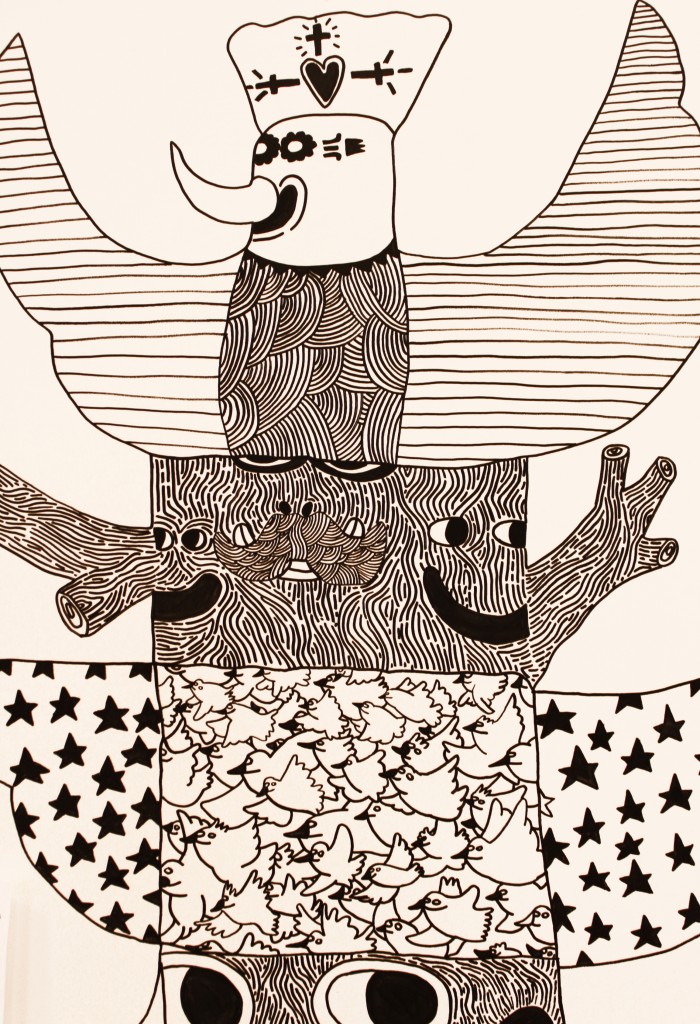 Fresh graduate Chris Fairhead created his own illustrated totem pole including some beady eyed tree stumps and a flock of friendly birds topped up with an impressive phoenix. 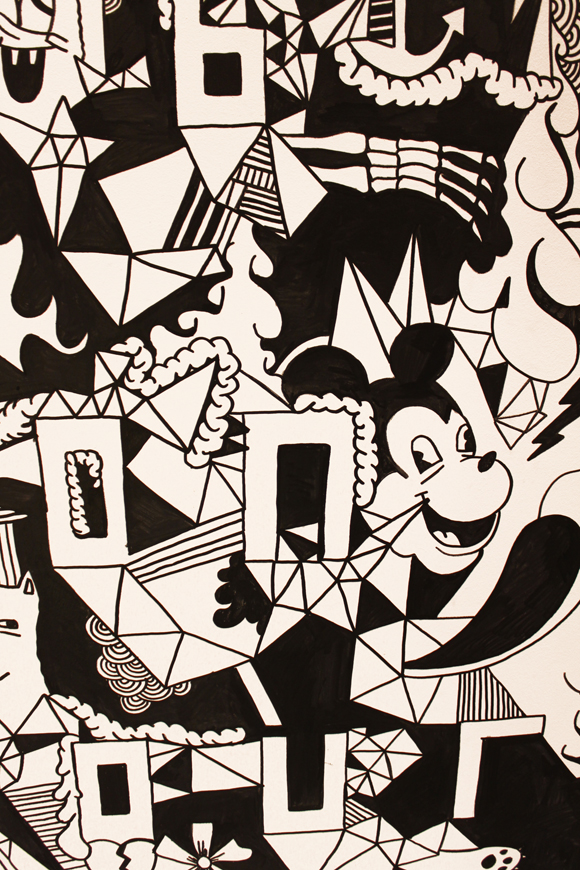 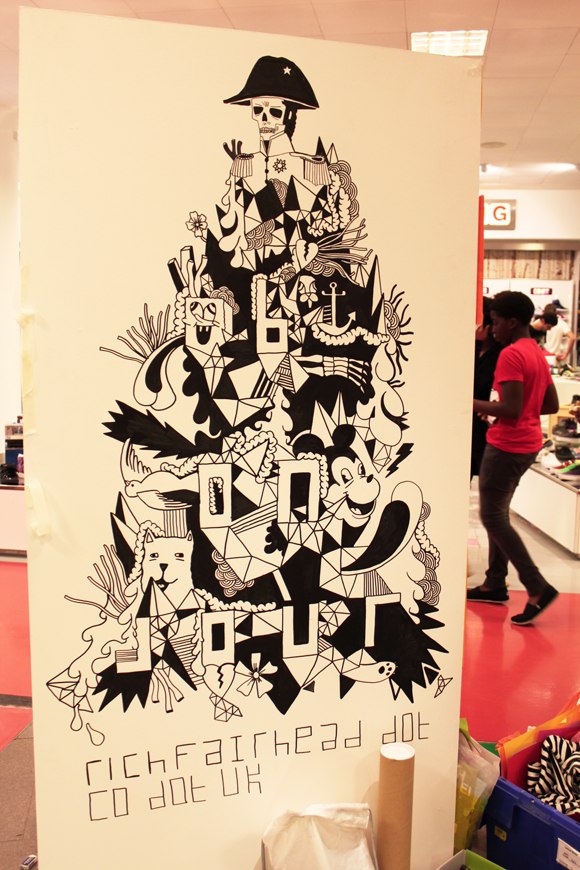 Richard Fairhead filled his wall with a fantasia of his signature geometric patterns combined with crazed cartoon characters, a colonel skeleton and a floppy faced dog. 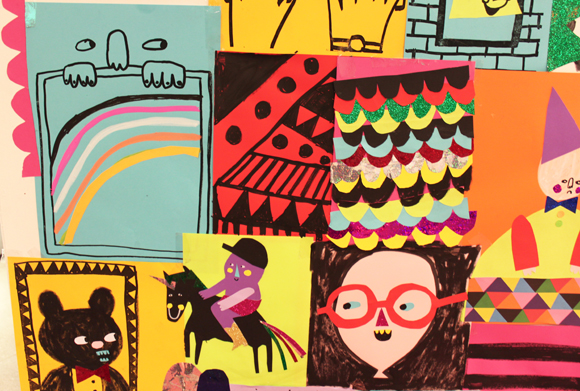 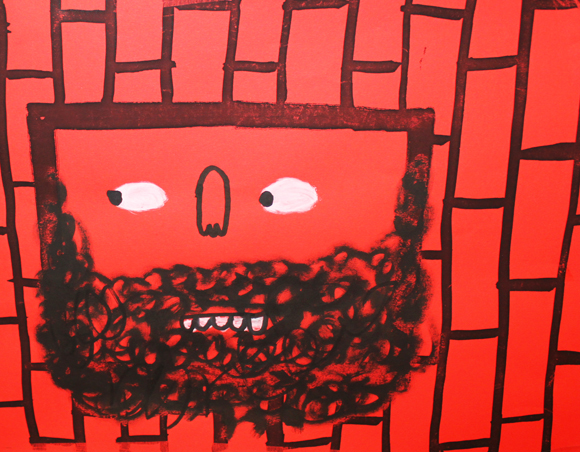 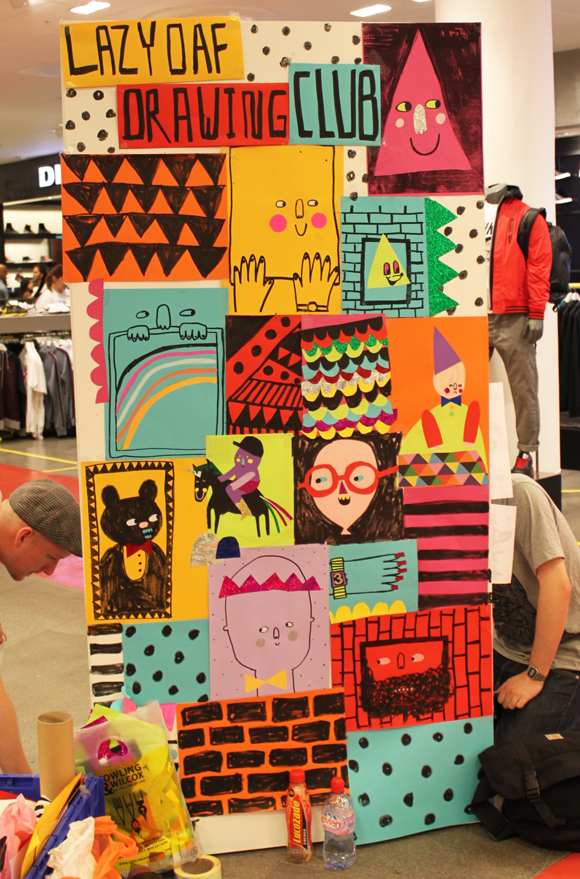 Gemma Shiel built up a colourful wall of collaged patterns and beings with a rude boiii riding a unicorn, a melancholic clown and some shiny sharp nails. Thank you to all of you who came along and watch the drawing magic unfold. Long live the Lazy Oaf Drawing Club!!! x